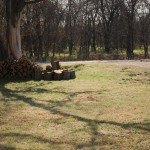 A grade school friend of mine who lived across our pasture used to tease our classmates then use “Dibble, OK” as the punch line.

“If you DO graduate high school, I’m sure you’ll have nice career at the Sonic in Dibble.”

“You’re getting on my nerves.  I think it’s time for you to move to Dibble.”

I have no doubt that a similar personality type made the same jokes about “Tuttle, OK” while growing up in Dibble.  Dry wit, after all, is an Oklahoma pastime.

So until a few weeks ago, Dibble was a mysterious and greater-than-fiction community imprinted into my fifth grade brain as a place where punchlines finished and I would never go.

That changed when Rachel chose Dibble as the headliner for our second pilot run. And my impression of those who occupy the town has now evolved from fiction to fact by two sisters we met, sitting on their porch on a breezy Saturday morning.  They were both sporting flannel pajamas, drinking coffee, and taking in the cool morning temperatures. Wind chimes danced above their heads and serenaded their thoughts until we interrupted the scene.

Just a few minute prior, we had chosen this vintage abode as our target interview: 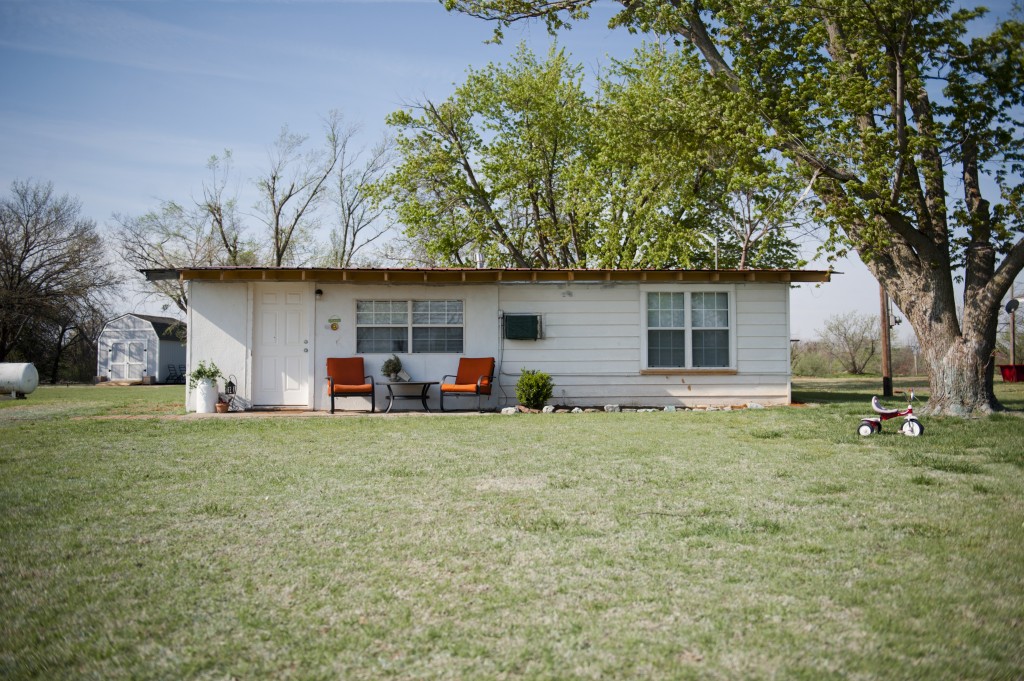 The mid-century, flat-roofed home invited Dibble visitors to knock on the door, and to check out the burnt orange loungers while waiting for someone to open it up.  But no one answered; not after the first knock nor the second.

I then visited the home next door.  A mother had come out into the yard to corral her child indoors while I was standing on her neighbor’s porch.  She watched me suspiciously as she carried her the toddler indoors.  I knocked three times on her door, to no avail.

This “not answering” theme was something we had considered, but walking through it in person felt different.  With each consecutive knock, a cascading effect of doubt grew.  Would we be able to complete our project?  How many unanswered doors would there be?

Back in the car, Rachel and I decided to drive around until we spied a living, breathing person.  Turning the car down the first street available, it wasn’t long before we had a visual on the two sisters and things began to look up…

Until they agreed to have the conversation with us, but not be videotaped.

There it was again.  Something we hadn’t planned: What if people are willing to talk but not be taped?  A question we had not asked ourselves.

Feeling slightly desperate, we began to negotiate.  “What about voices only? No video?”  That must have been what Rhonda Watson and Nina Duffy of Dibble, Oklahoma needed to hear.   We did, after all, walk in on their quiet Saturday morning.

NOW, we were ready to roll.

Rhonda and Nina immediately engaged.  They casually, but carefully considered each topic we raised.  I noticed that while the answers about family or people close to them were guarded, those about their professional lives were provided with a greater degree of information. 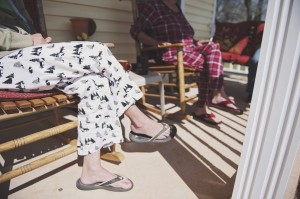 For example, Rhonda, who had left school prior to graduating and had spent a good portion of her life in Arkansas, stated that compared to Dibble, Arkansas “felt boring. ”  She said, “We had friends but…Nina was twelve hours away, and we was only three [hours away]…but, at times our three felt like twelve. If there was stuff people were coming back for…like an Easter Sunday…or a birthday…”  Well, they just couldn’t.  It was too hard of a prospect because she and her husband were working.

She’s glad to be back in Dibble because her family is there.  And, she feels lucky to have a job that’s close and will help pay the bills until she retires.  Here’s Rhonda talking about her current position working in the school cafeteria, and about the differences between the Dibble school she attended, and the one she works at now – so many years later:

She and her sister both had understated senses of humor. These senses of humor are famous in Westerns when cowboys spit, then deliver the goods with a tiny grin. This type of timing became the sisters, and I began to watch for the subtle jokes. During Nina’s discussion of her own career, we heard a good one:

This next segment I call “Dibble, on Dibble.” This was a portion of our conversation where we asked the women to describe their hometown life, now that they’re back together again. 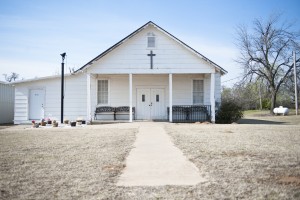 And finally, I’m sharing just a little of what they described about being the youngest of nine sisters: 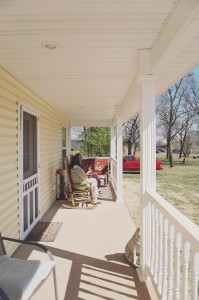 Nina and Rhonda not only have two rocking chairs to enjoy their porch, but Rachel and I partook of the simple pleasure created by sashaying to and fro in a porch swing while chatting.  As we packed up our things and left, I mulled over Rhonda’s recommendation of Dibble as a peaceful place to relocate, recalling her words, “If you ever move, Dibble is a nice place to live…”

I believe her.  I appreciated their gentle humor (see the “Butt Pot” photo below), and thank them for letting us have a meaningful conversation in Dibble, Oklahoma.

and photographs by Rachel Apple

*To read more about Dibble history, visit this link. 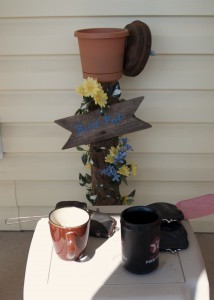 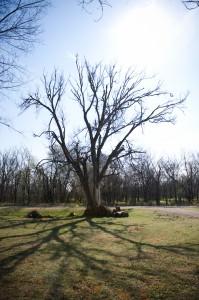 For other Every Point on the Map posts, click here.