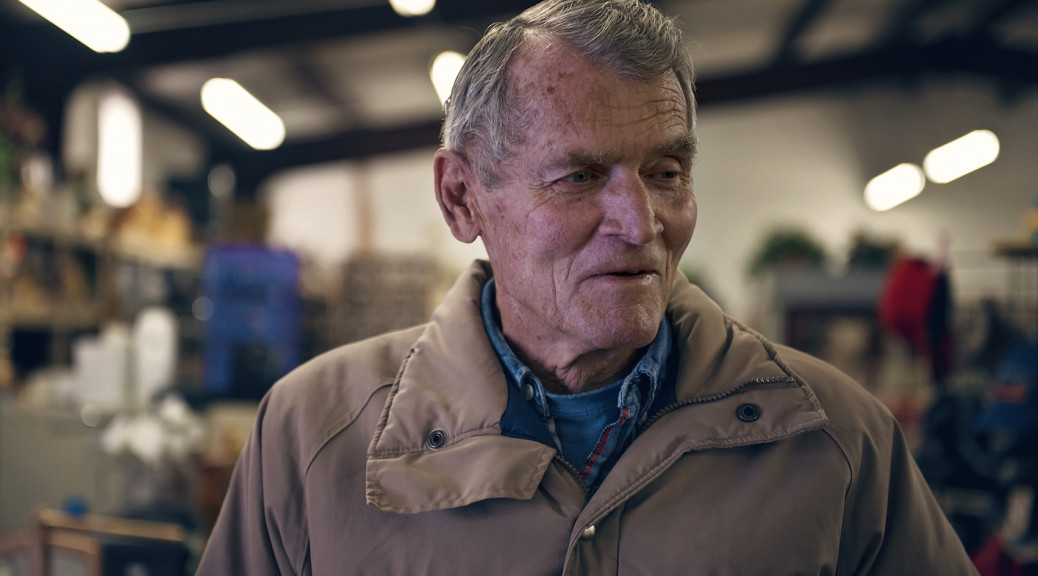 Larry Eby must have been a bus driver because he definitely took us to school. From the moment we walked into his jam packed “Corner Store” emporium, until we exited an hour later, class was in session and Mr. Eby taught us well. 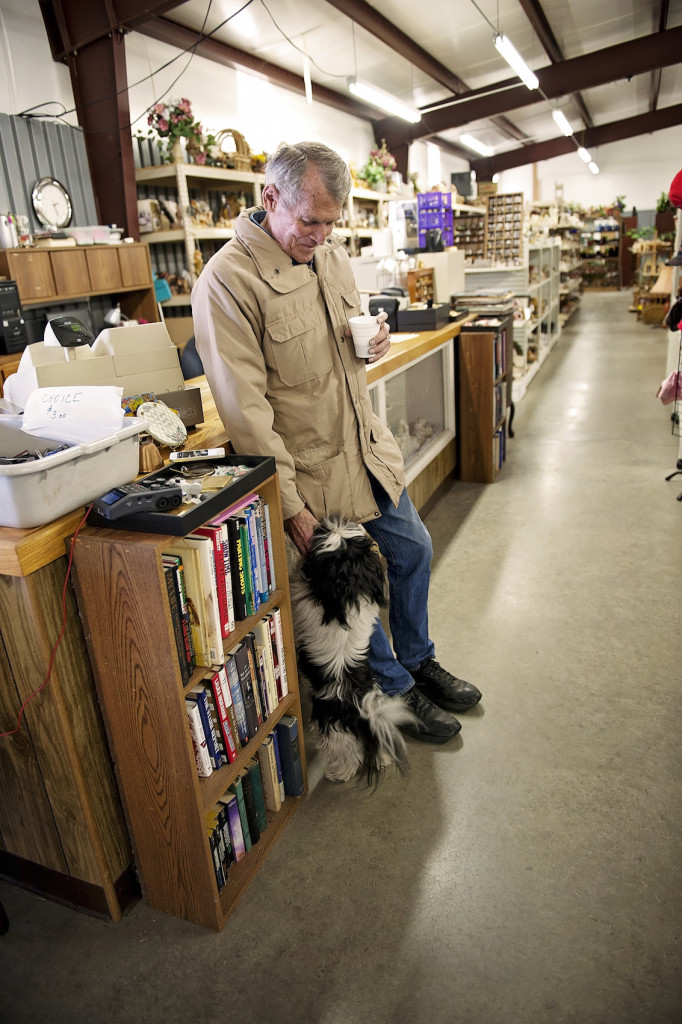 Leaning casually against the glass cased counter, coffee in hand and
his dog Prince at his feet, our “social studies teacher” covered subjects deeply important to an Oklahoman reflecting on 73 years of change in Adair. 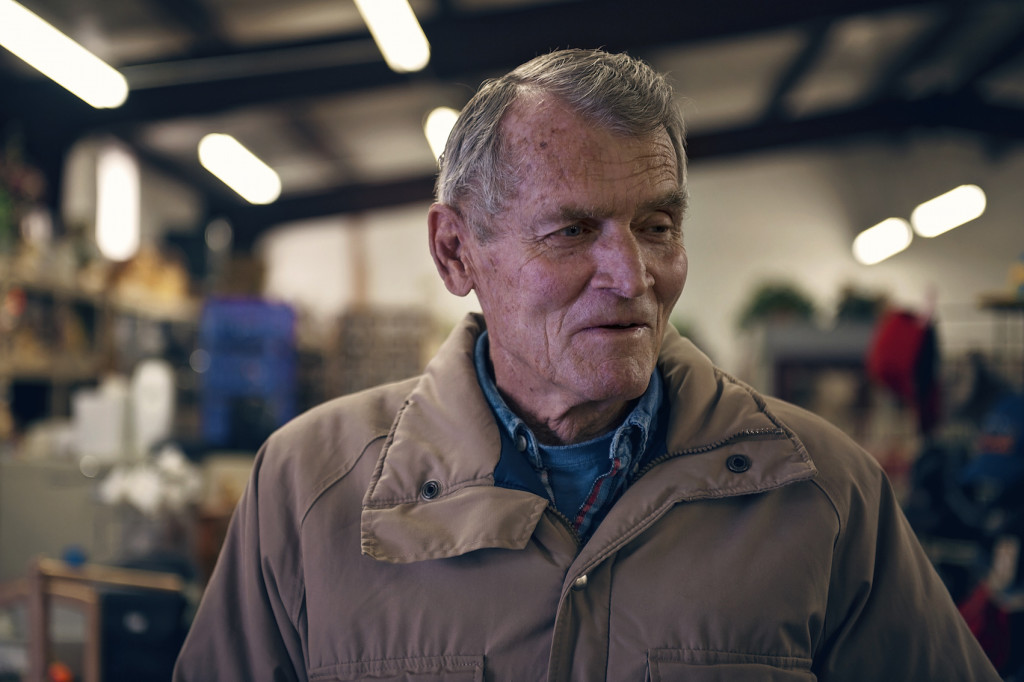 It was evident while listening that family was important to Larry.  His grandmother was Cherokee, and he and his wife still live on her Indian allotment land on an area known as Rock Creek.

The Works Progress Administration (WPA) had built a dam on that creek “around 1935, and it backed up a little lake for three-quarters of a mile, and below that dam was the best fishing hole in the country, because when the creek would get up, the fish would come up from the river but they couldn’t get over that dam and they’d pile up…and that’s where I grew up…fishin’…so that’s why that property is important to me.”

His outline moved to the theme of business.  Larry lectured about the importance of hard work, details about local commerce and how downtowns look and feel completely different than times prior to the installation of toll roads.  And, about the day when he realized  he had worked hard enough and it was time to “close the store”:

“I had a convenience store right across the road there, where that car lot is…for 27 years and 8 months, which is almost 28 years (he chuckles). I had got to the point where I had run off most of the help, and it was just me and a woman who run this store. And I went down one morning to open the store, and the first 3 or 4 people that came in were – to say the least – not very nice.

And I stood there after that second or third one, whichever one was left, and I thought, ‘You know, I don’t need this anymore.’ And I just closed the door, I was completely stocked and everything, and never opened it again…practically gave the inventory away. That morning they all had a real bad attitude, and at that point in my life I didn’t want to listen to it….and I’ve got worse as I’ve got older about ‘not wantin’ to listen to it.'” 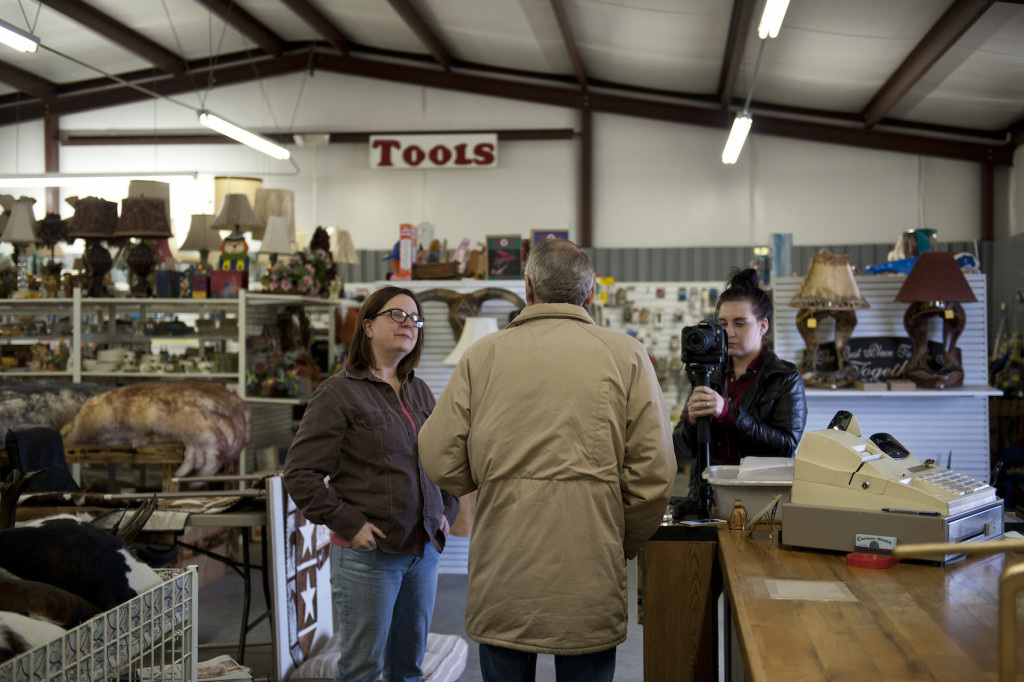 The topic of business was important to Larry.  He had a grandfather who owned “a laundry there” in Adair. His life’s work was spent growing his business holdings, and he and his wife patiently paid for everything they owned in cash while they watched some of their friends suffer from the worries of owing money. “They’d get a new boat, or car…but I’ve slept like a baby every night of my life.”

Larry wrapped up his lecture by discussing the changes in the landscape and land ownership from his perspective:

“When I was young, the older folks lived on their homestead places, 160 acres, and there were 2-4 homes per section. Now their kids have sold off those homesteads into 5,10 and 20 acre plots, and there are trailer houses all over ’em, and there’s not any amount of land that people farm around here any more.

One thing I really love is to quail hunt. There used to be quail all over this country. But people have chopped up the land, and they pull up those old fence lines where the briars and brush served as protection for the quail, then they bulldoze the land, tearing up the native grasses,and plant their Bermuda or fescue in the dirt, and birds can’t make it on that. So the few that DO manage to survive, the hawk gets. I haven’t seen a covey of quail in years.” 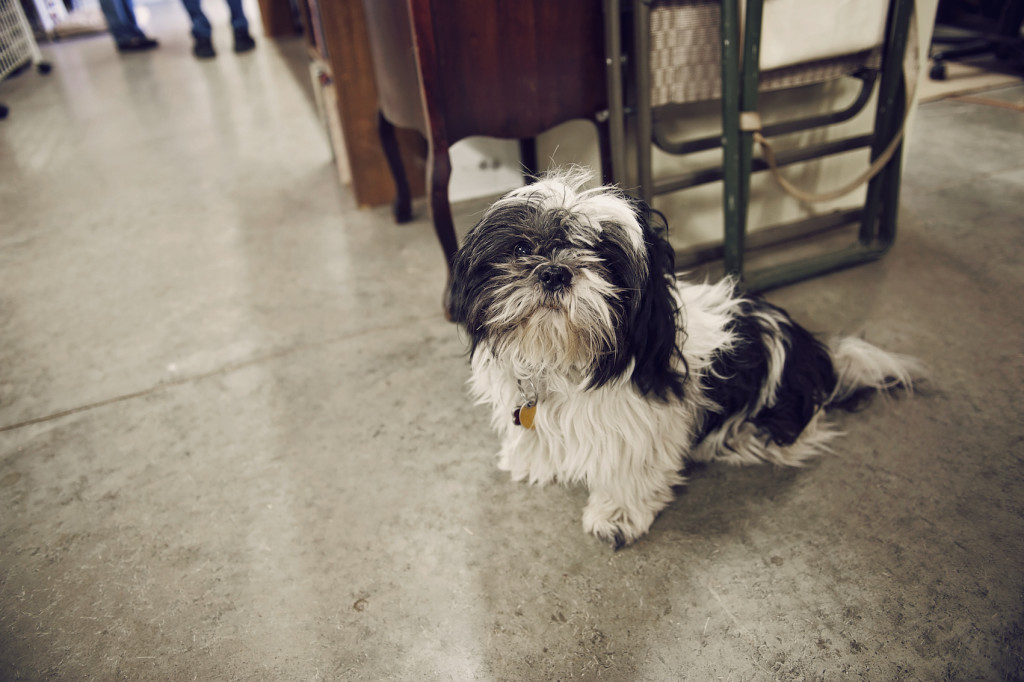 I felt like we had been on a field trip without ever leaving the store.  Pounds of Depression Glass reflected rainbow colors in Rachel’s eyes as she spent her “recess” walking down the aisles of Larry’s emporium. I looked for April and found her stroking the luxurious sheep hides, her brain calculating how much one would set her back if she spontaneously decided to take one home. Larry shared a story about purchasing a hurricane lamp for $15 and selling it for $200 the following day while our photographer and videographer wrestled with the urge to load the car up with his “inventory.” 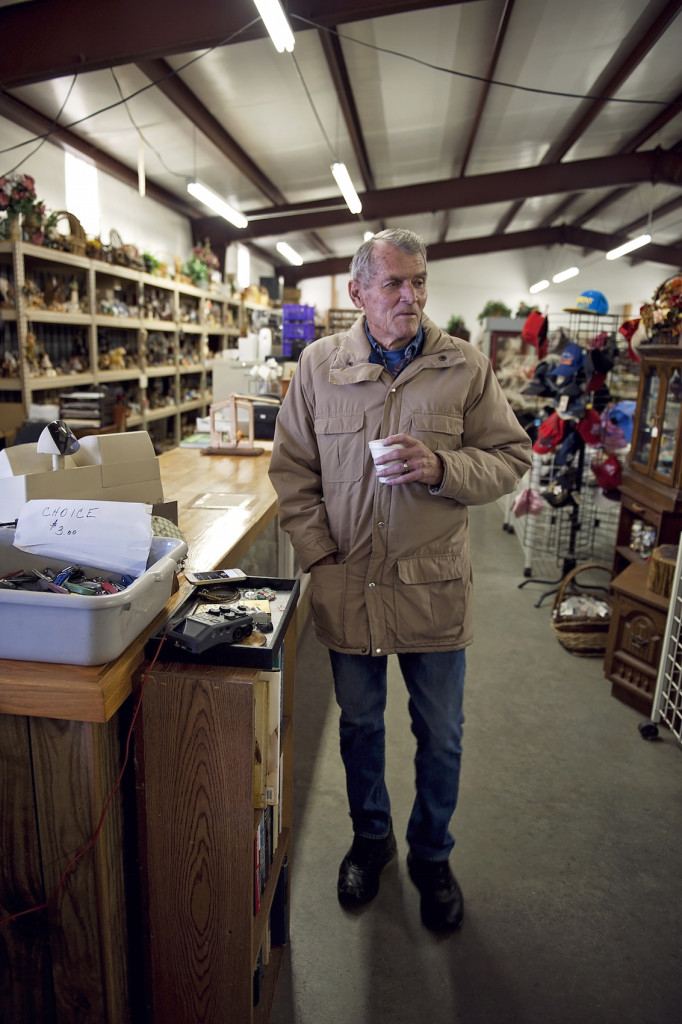 School was out and we drove down the road with Larry’s stories in our heads.  I had an inclination to go fishing and take steps to rebuild the quail population in Mayes County. Rachel was sharing a story about Larry’s wife happening upon a mother lode of Depression glass and how they brought it back to Oklahoma.  Finishing her second official stop, April was beginning to grasp what our project was all about.

And on we traveled…to the next little town whose buildings were shorter, and businesses were almost non-existent, and we wondered what the area might have been like had toll roads never been built.

Notes: We skipped our publishing date last week because of a family death, and dedicate this particular post to Emma Lee Bennett who we covered a few years ago in a series called “One Voice on the Oklahoma Prairie.”

Here’s a link on cool Adair history. And, here’s an even better one. The Oklahoma Historical Society always wins against Wikipedia.

April apologizes for the “Strang” slide in the Adair movie above, and will change it as soon as she returns from Haiti.

Rachel really wants this lens if any philanthropic readers happen along and feel generous.

And, we’ll be rolling out a non-profit soon in order to help underwrite our expenses for this project.  Otherwise, we’re all safe and doing just fine. ~ Peace, RDK 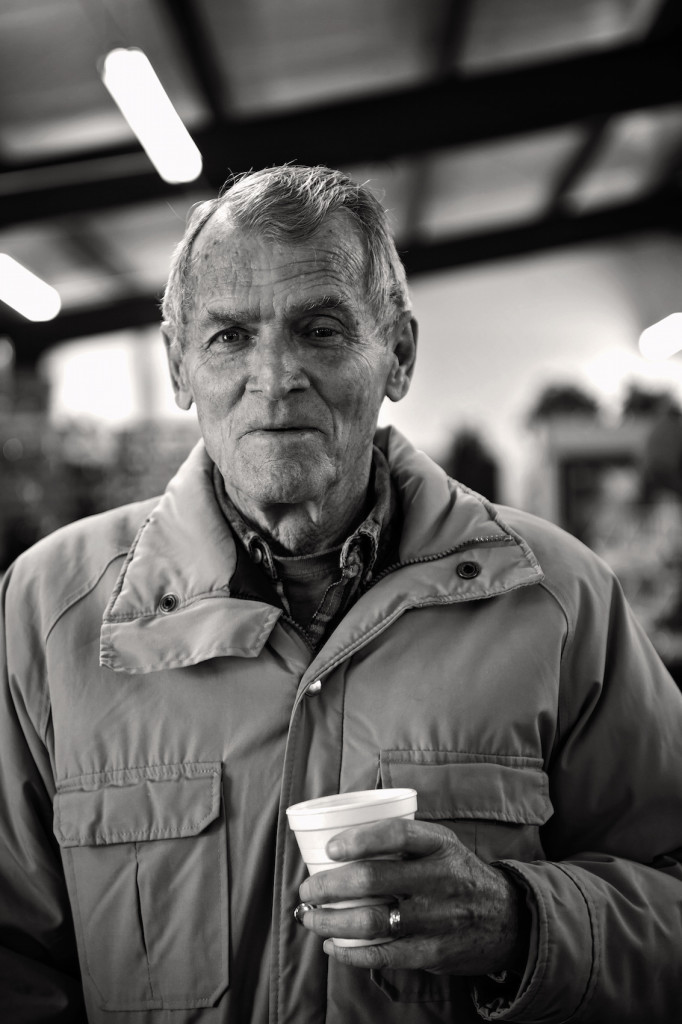 This is my favorite picture of Larry Eby, “social studies teacher” and owner of the Corner Store (wonder emporium) in Adair, OK.