Today is Sunday afternoon, March 20th, and my family is going foraging.  I have just a few veggies and herbs we can now eat, but it’s certainly not enough.  I know, however, there are more outside so I thought I would take you along with us.  I’ll also take you to Crestview Farms, just down the road from my house, and talk about home-produced eggs.  So…let’s get going!

Garden report ~ First things first, here’s how my early garden is growing: onions are now at the early green eating stage, Swiss Chard actually looks like it might do something, and a few sprouts are…oh, maybe one-half inch tall now? Lettuce and spinach are at the “micro-green” stage and if I wanted to get fancy, I’d be cutting.  I’m going to wait, however, because I prefer to eat mouthfuls of those luscious crops.  Broccoli and cauliflower look promising and are now about three times their planting-time size, and so far…no sign of potatoes.  My oregano came back and my asparagus is beginning to make so all-in-all things are looking okay.  I’m still contemplating our extra bed.  Mick and I have finally decided on a size and location.  And now, for the fun stuff!… 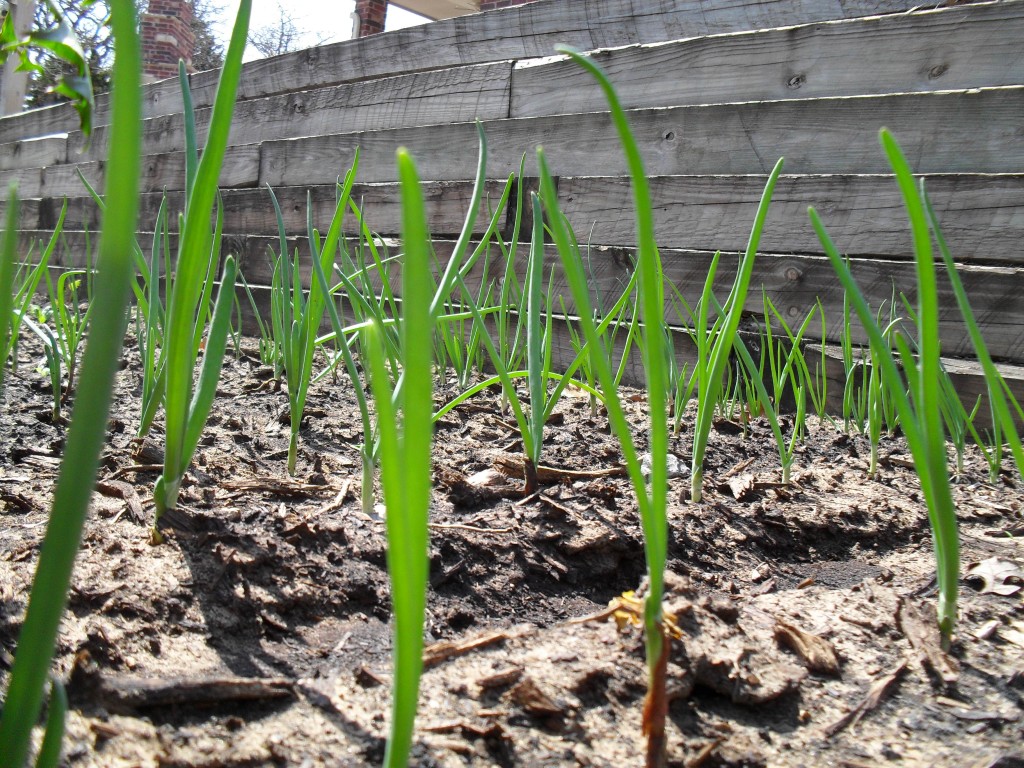 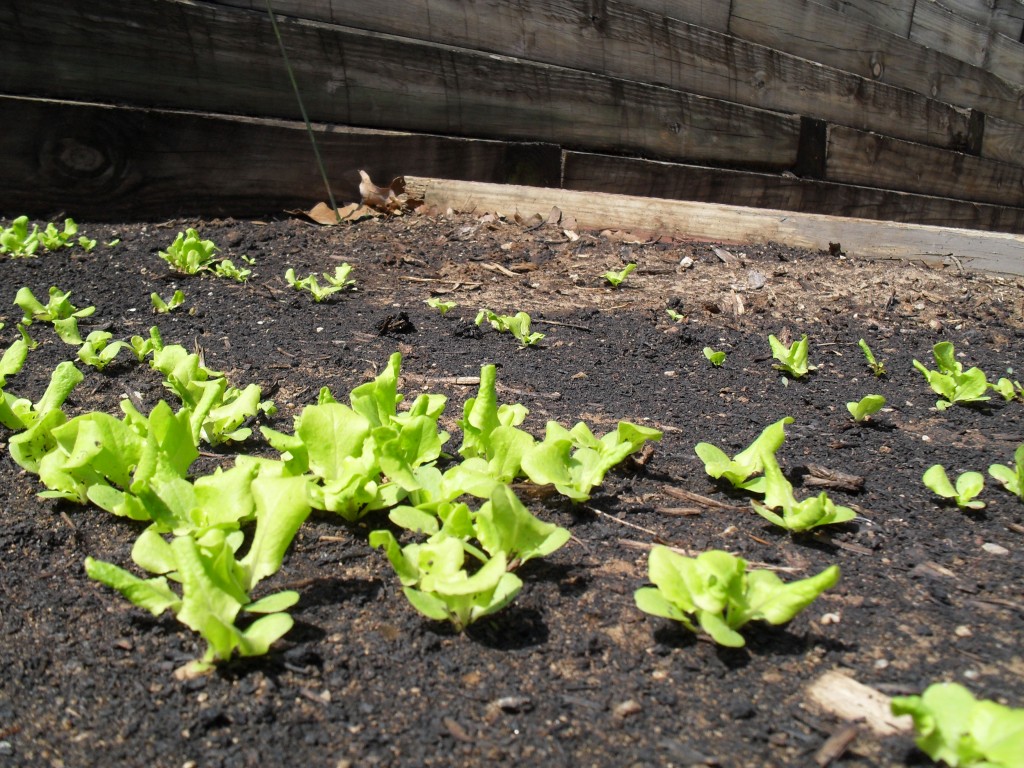 Farms across Oklahoma ~ We received a suggestion on Facebook to feature local growers as often as possible, plus put a recipe together with their goods…and guess what?  We did just that.  This week’s featured grower/producer is “Crestview Farms” in Arcadia, Oklahoma.  I’ve been watching these producers for about seven years, as they’re only about two miles north of my home.  They’ve gone from a two-person operation with a whiteboard out by their driveway, to a multi-person operation with nice signs and banners you can easily read as you drive by.  Located on the northwest corner of Douglas Boulevard and Coffee Creek, you can’t miss it.  There’s a large spread and you’ll see the fields right away. 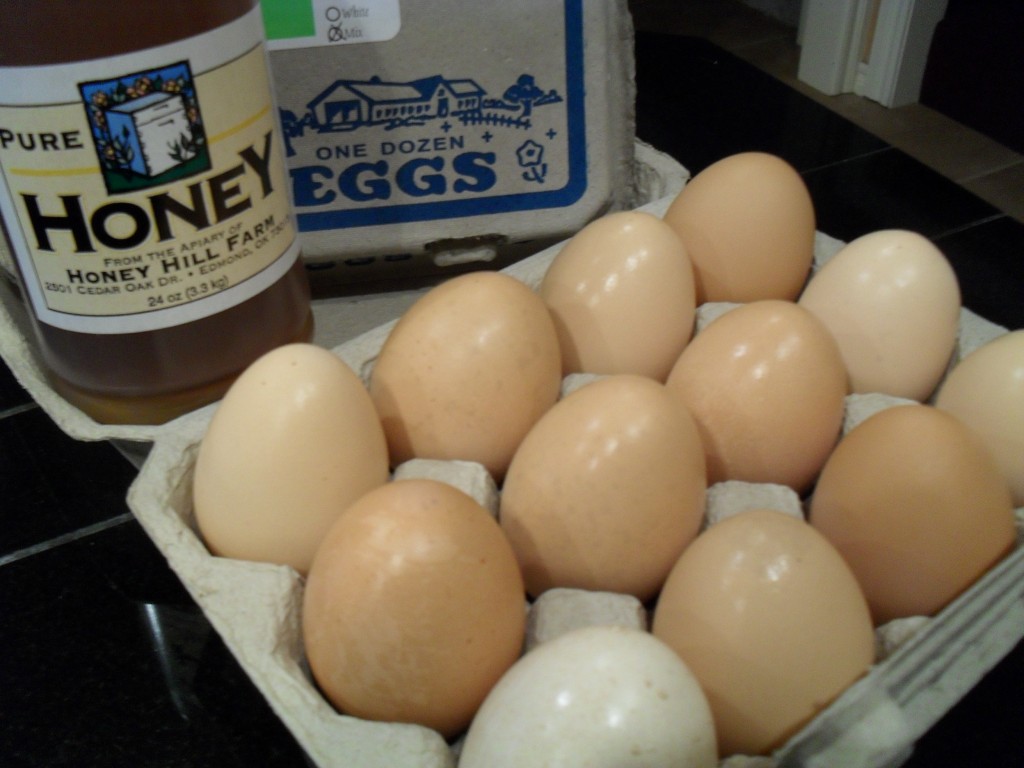 Although it’s early in the season, I stopped by to see Susan (she and her husband own the establishment) and say hello because they had a “Fresh Eggs” sign up.  I am a sucker for fresh eggs and will do just about anything to avoid store-bought, weak, runny, goopy…icky eggs purchased from a producer who cages their hens and shoots them full of hormones and antibiotics. Sure enough, she had some.  They were not hers, however, but come from another local producer.  Susan has a little storefront at Crestview and carries other products from local producers.  So I got to learn about “W Bar M Sheep and Wool, Inc.” in Wheatland, Oklahoma as well.  Here’s a quote from THEIR Facebook page:

The purchase of two Shropshire lambs thirty years ago started a life-long love of sheep and fiber.  What started as a 4-H project to keep me busy has become a way of life.  After spending seven months in Australia working with Merino sheep, my interest changed from meat sheep to wool.

Evidently they have some chickens as well.  I also purchased a large container of honey produced by “Honey Hill Farm” in Edmond.  The honey farm owners manage about 140 hives on a spread north of Guthrie, so we may need to drive out and meet them too.  Susan mentioned that there will be an “Herb Fest” the first weekend in May.  Watch their Facebook page for more information.  They expect more than 20 local producers to be there, and she promised some French Tarragon which is what I’ve been waiting for!  To wrap up a little bit about Crestview, I just wanted you to know they have blackberries and various other crops throughout the year.  Tell them we said “Hey!” if you stop by.

Now…to create a meal with the eggs.  As you can tell, my garden doesn’t have much growing yet, but my yard does.  And, my neighbor’s yard does! Their house is for sale and we’re watching over it, with free reign of the cilantro and mint.  So, here’s what I know we’re after today…Mint, cilantro, prickly pear cactus, dandelions, asparagus, and green onion.  Rylee, Mick, Tonks and I went on a walk…here are a few photos:

Now, this post won’t be complete until I write about the mystery Prickly Pear cactus.  Where was it?  Why didn’t we cook it? Was it any good? And what did we do with the mint?  All good questions.

The cactus got Mick’s work gloves full of prickly stickers.  Then, they got on my foot (I have no idea how this happened), my hand, Mick’s fingers…and at some point we decided we needed to think about how we were going to de-stick them without ruining gloves.  There are all kinds of articles on how to handle these things and I’ve read several.  We just didn’t “get it.”  All we did was end up with stickers everywhere.

This series is about the ups AND the downs, so I suppose my wild foraging wasn’t really all THAT today.  But, we tried, and we learned…and I’m going to figure out how to eat cactus at some point.  Just not tonight.  Rylee, had a WIN with the mint.  1 can frozen concentrated lemonade, 1 can water, three cans ice, 14 leaves of mint – blend together in the blender until all mixed well and mint is minced…frozen mint lemonade.  Delightful!

Note – Next week I’ll show you some cool things you can do with honey, show you how to make tempura battered asparagus better than any restaurant and I think we’ll eat a vegetarian meal.  After all, my oregano is leafing out, right?