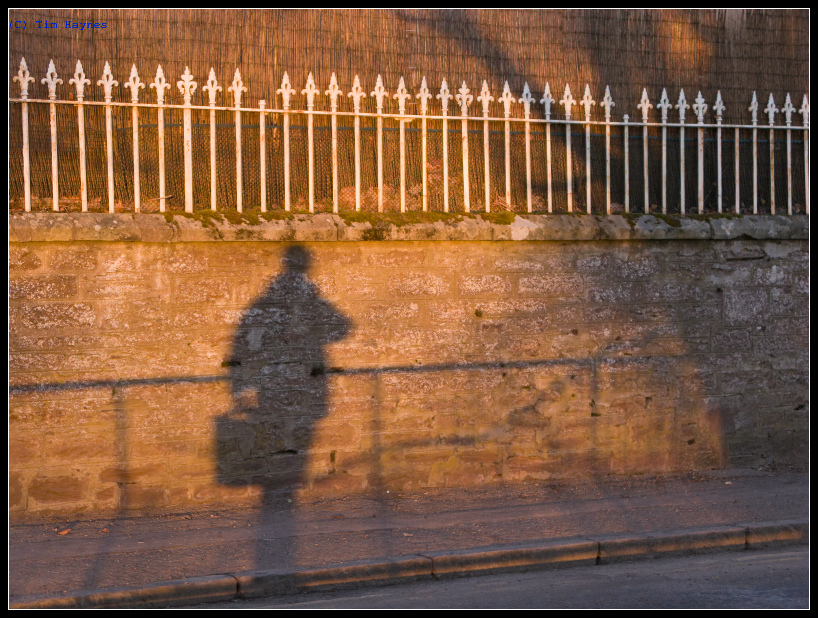 I’ve written recently on Finding Manhood about how temporary and seemingly trivial things have a strange way with interfering with our purpose in life. I don’t know why I’m so interested in the idea of purpose right now, but it’s something that’s been occupying a lot of my thoughts lately.

What is my purpose?

What am I supposed to do with my life?

Are all of the seemingly unrelated steps I’ve taken so far preparing me for something else? Something bigger? Something I was created for?

These are not new questions for me. In fact, I’ve been asking them for several years and though I see glimpses of answers from time to time, I still feel like I’m searching for that place where (to paraphrase Frederick Buechner) my deep gladness and the world’s deep hunger meet.

And I’m perfectly OK with not having all of the answers on this one. Where’s the fun in solving all of the great mysteries of life before the age of 30 anyway?

However, while I often wonder what my purpose in life might be, I know without a doubt what my shadow purpose is.

An extension of one of Jung’s archetypes, a shadow purpose is simply something that seems like our true purpose but in reality is just a poor copy. A shadow purpose is not inherently bad or evil — it is, in most cases, just a simple yet powerful distraction.

For example, if the purpose of my life is to throw everything I have into serving the poor, then my shadow purpose could be to simply live a decent moral life that is filled with good things but that does not involve serving the poor. That’s just one example, but most shadow purposes could probably be summed up by the phrase, “eat, drink, and be merry.”

And while there’s nothing wrong with a little food, drink, and merry making from time to time, I think we’d be hard pressed to find anyone who would honestly say that’s the highest purpose of their life.

Like I said, there’s nothing inherently evil about a shadow purpose.

For another example, consider Oskar Schindler (you know, the man who had a list and saved the lives of more than a thousand mostly Polish-Jewish refugees during the Holocaust by employing them in his factories). With history on our side, it’s fairly easy to surmise the purpose of Schindler’s life. His purpose was to save the lives of Jewish refugees during the Holocaust.

I obviously don’t know a ton about Shindler, but I would guess that he was probably never in danger of becoming a Nazi. The thought of persecuting the Jewish and participating in the genocide himself probably never crossed his mind. Becoming a Nazi was probably not something that could have ever interfered with his true purpose. Schindler was clearly not a monster and he would have never wrongly assumed that something so terrible was his life’s purpose.

However, a shadow purpose for Schindler would have been anything that might have distracted him from protecting those people. What if Schindler had just kept his nose down and thought to himself, “My purpose is to run my factory and survive this war.”

Although there’s probably nothing wrong with that attitude, the lives of over a 1000 Jewish refugees might not have been saved.

Like I said, while I often wonder what my purpose in life might be, I am intimately and keenly aware of what my shadow purpose is.

For me, my shadow purpose involves living a life of comfort and ease. It’s going to lots of movies, reading tons of books, and enjoying time with friends and family. It’s chilling in my recliner and filling my evenings with the internet and television shows. It’s investing all my spare time and energy into renovating my house. It’s all those things plus a hundred other distractions, none of which are harmful in and of themselves.

But I know without a doubt that the purpose of life is so much more than those things.

I may not be privy to all the details on what it is my life is supposed to accomplish, but I know that it’s about more than the pursuit of my own personal happiness.

And so as I continually search for that place where my deep gladness AND the world’s deep hunger meet, I have to constantly remind myself that I’ll never find my life’s purpose if I’m only focused on the first half of that equation, that is, those things that make me happy.

What kinds of things make up your shadow purpose?

2 thoughts on “Chasing My Shadow Purpose”