The blades on Lee Blackketter’s road grader scrape, groom and maintain sixty miles of dirt and gravel across eastern Roger Mills County.  We traveled along ten or twelve of those miles just to find him, following his wife who was driving their truck across the sage-covered tundra of mid-north central Oklahoma.

I resort to hyphenated approximates when describing our whereabouts because, truly, that’s the best I can do. If it weren’t for our guide to lead us there, and then lead us out, our team might still be driving in circles on Lee’s smoothly finished roads. 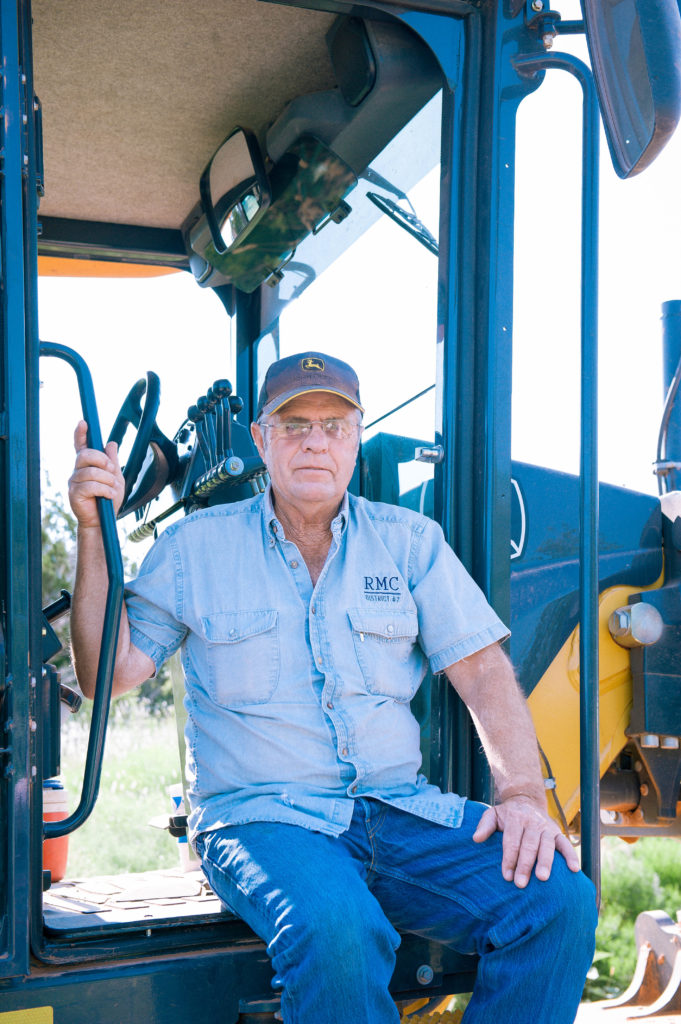 Donita Blackketter, a childhood classmate of mine, had cooked us breakfast early that morning after we had spent the night in a converted nursing home-turned-hotel.  A master of her home kitchen, we sat around the island and watched her work at hyper-speed, juggling orange juice smoothies and eggs like an acrobat. Our team agreed that her home-prepared breakfast was equal to or better than anything we’d had on the road since we began the project.

The ambassadorship of Western Oklahomans is immense, just like the vistas of sky, farmland and  red-tinged gravel roads within the sparsely populated areas of Roger Mills and Dewey Counties.   Donita didn’t have to lead us along the rural byway twists and turns to her husband’s location, but she did. And talking with him made me realize one theme I’ve heard over and over: farmers — men like Lee Blackketter, and women like Donita — are people of multiple trades.

They’re also full of meek unobtrusiveness.  Lee shared one story the “old timers” had shared with him, that stuck with him, and that stuck with me.  He said that the Oklahomans who left that area for California during the Great Depression “left in the middle of the night because they were ashamed to show their faces.”

“Because they owed, you know, it probably wasn’t five-hundred dollars, a lot of ’em, but they were ashamed to show their face, and they’d leave in the middle of the night.”

Lee has welded his way through approximately 20 workshops or buildings and miles of iron fence rows, a trade he kept fresh from his high school ag classes years ago. He purchased a tire machine to fix flats produced by the hazards of their context.  He farms. He is trained in vegetation management, an additional component of his county road maintenance position.  He’s a father and a husband.

He does what he needs to “to get by.”

And for sixty years, the geographical niche wherein we found he and his road equipment, is where he has called home. 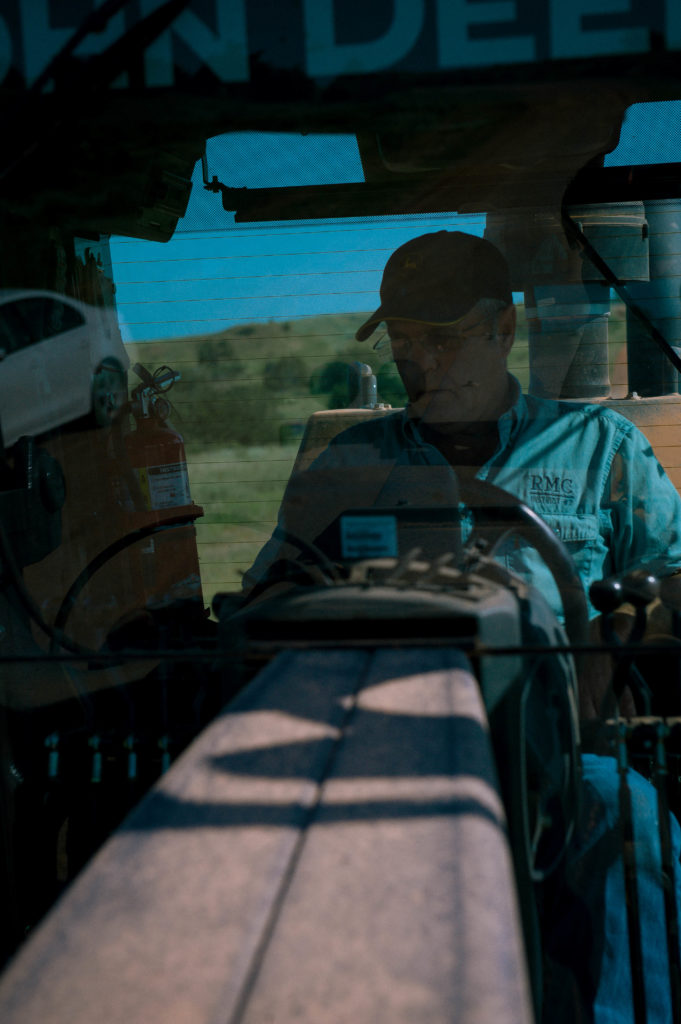