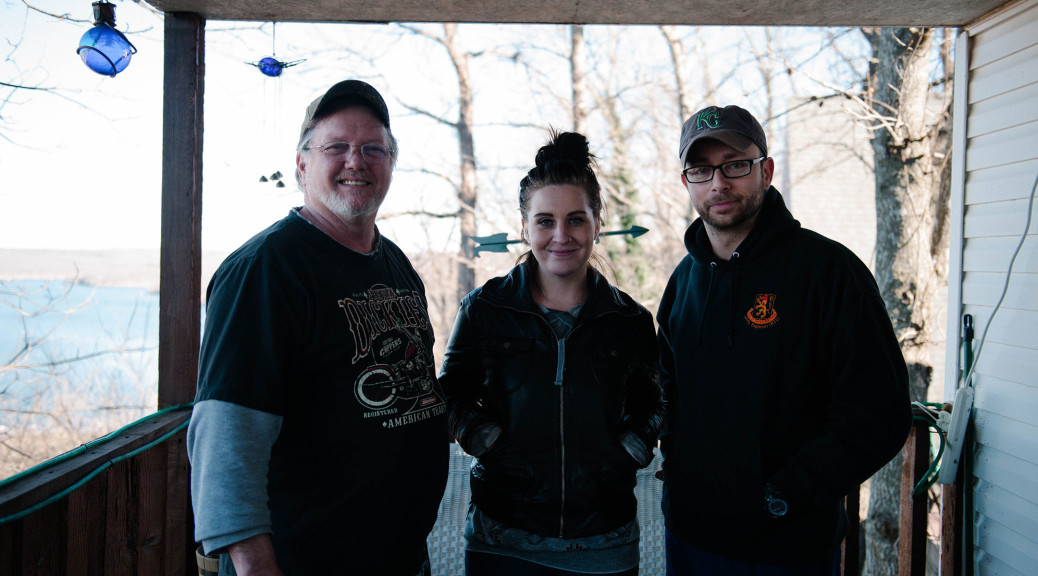 If you dropped a leaf in the Neosho River, it would likely bob and twirl southward, eventually making its way into Lake Hudson.  Depending upon the wind, it might hook a left at some point and float along the south border of Spavinaw and on into Spavinaw Lake, a beautiful body of water that serves as the focal point for Spavinaw State Park.

In late January, fishermen stand shoulder to shoulder, casting off the lookout point, each of them  hoping to pull up a nice sized crappe, grateful the weather is pretty enough to be outdoors once again.

I know about the fishermen because we observed them cast, wait, and occasionally nod to each other as if they were using words sparingly, in a friendly fashion, as they went about their business.

We observed them from our own lookout point on Sonny Hopkins’ porch high above the small town of Spavinaw.  High enough to see smoke from wildfires miles away. High enough to feel closer to the eagles when they circle over the lake seeking their own fish. High enough to watch the incoming mediflight helicopters should one of the weekend bikers take the curves up the hill too quickly. High enough to see the moon, during certain times of the year, touch the lake and make a shimmering light pattern resembling a staircase leading straight to the sky.

And high enough to offer a  perfect setting for fiddling jams several times a year. 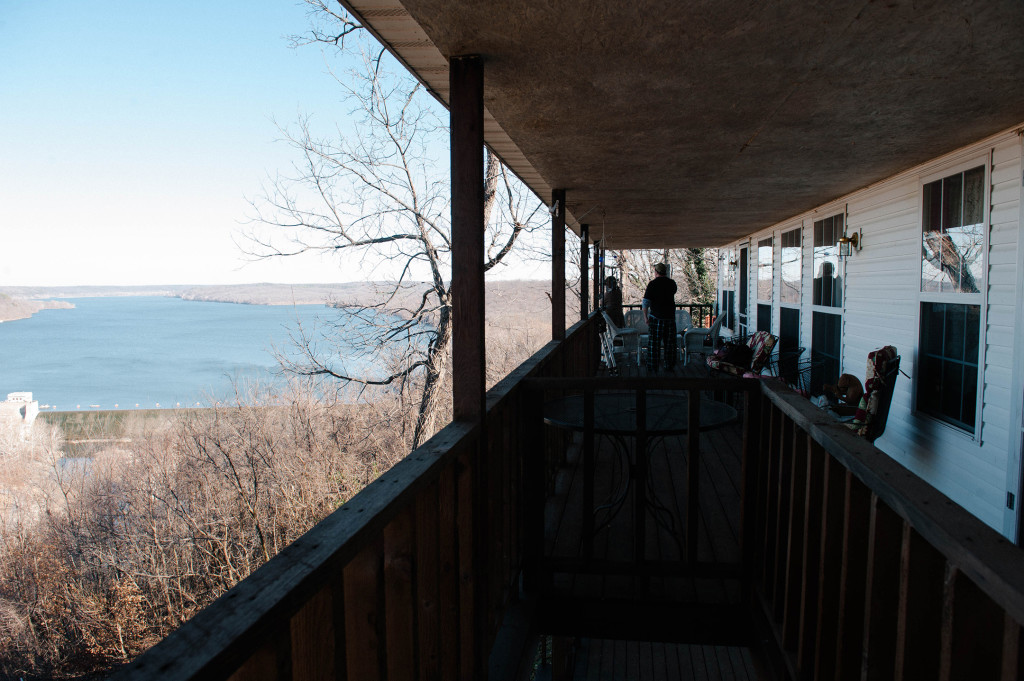 Spavivaw lies nestled in a valley at lake level, and as our Every Point team scouted the main street area, our eyes lifted to homes above the town built on the edge of a rock cliff, their back porches overlooking the entire valley area.  When we found the neighborhood road leading to that area, Sonny’s door was the first one we approached. Not only did he welcome us in, but he called his nephew Casey Hardison who lived across the street to join the conversation.

Sonny’s wife, Lisa, is an associate professor at Tulsa Community College. Casey still keeps his connections with the Army and is a bartender in the high limit room at the Hard Rock Hotel and Casino in north Tulsa. And Sonny and Lisa’s son is Zirl “Bubba” Hopkins, a fiddle champion who now lives in Texas.  And occasionally, after a long week at the concrete factory, Sonny drives up the hill to his home and helps Lisa prepare for a night full of fiddling. 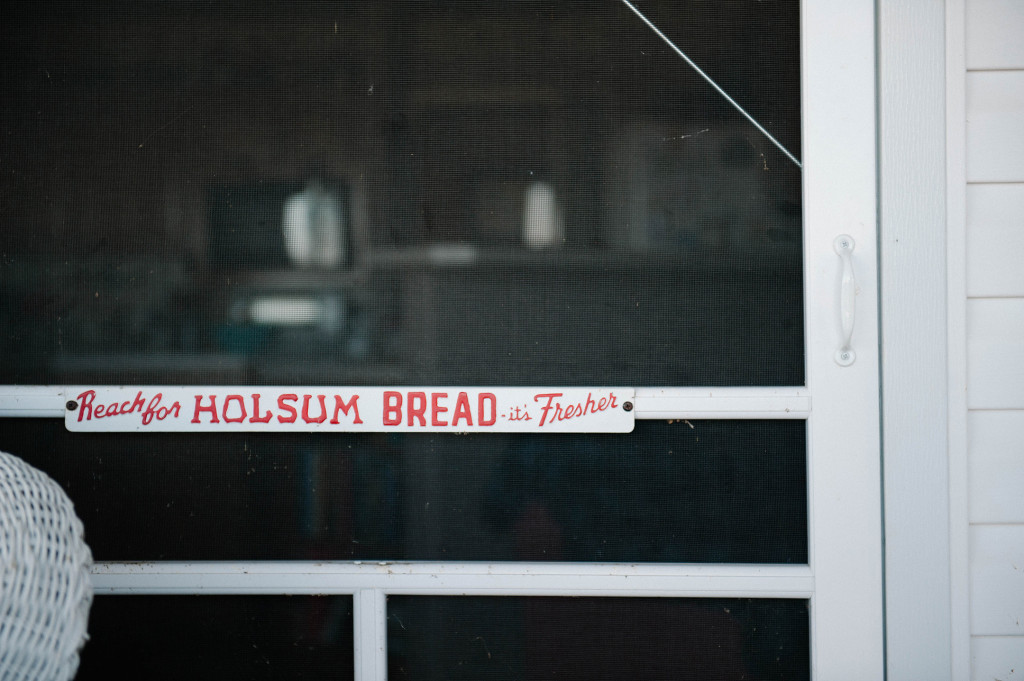 Evidently after the American Heritage Music Festival or other area fiddle event, the musicians and their entourage head toward the Hopkins’ home to keep music going through the night.  Lisa is known to keep some pretty incredible food around to feed all those jamming on the the porch, in the house, and wherever they can find a spot to play. Our team smiled as we heard stories of these fiddling parties.  One tale included an RV loaded with people,  headed down to the local American Legion for a beer run, because there isn’t a quick stop or grocery store for several miles.

As we sat on Sonny’s back porch looking over the beautiful lake, Casey shared a story with us that brought our team full circle to the bigger themes of our trip: land and water. As is usually the case with any big project, local interests and large business occasionally come to an impasse.  Such was the case when the Spavinaw Dam and water system project was beginning to take shape in the 1920s in order to expand the supply of water to the growing Tulsa area. 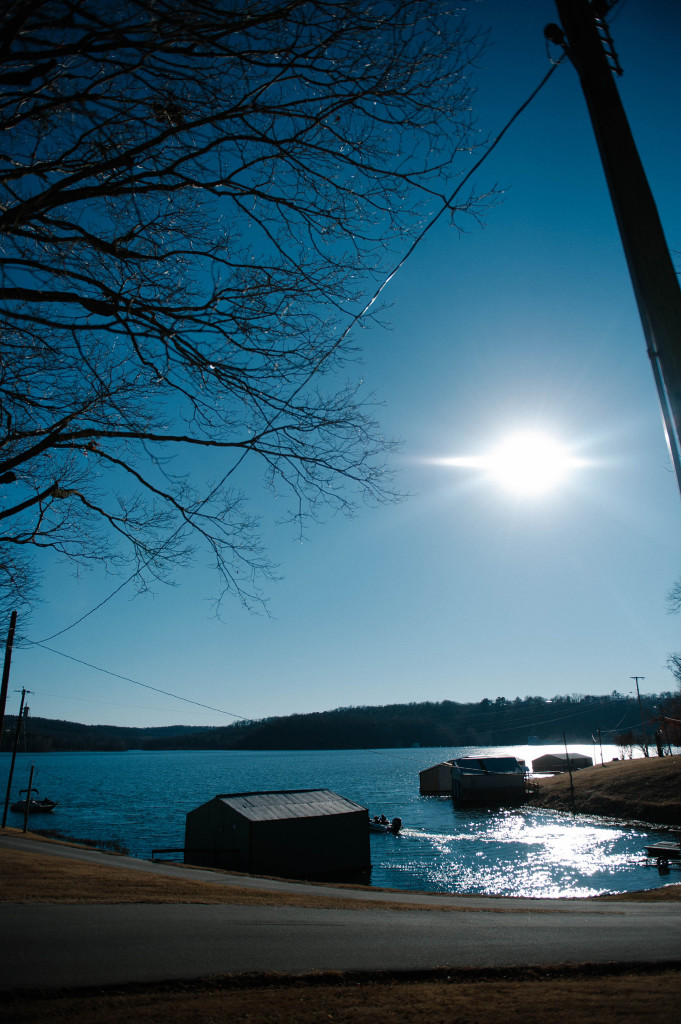 The local cemetery was slated to be moved for this project, and that wasn’t okay with the Thompson’s, a local Cherokee family and grandparents of Sonny’s wife.  Relatives guarded their family graves, standing, or sitting on horseback, until the project managers gave up and agreed to leave those three graves alone.  Casey guided us from the house down to the gravesite and sure enough, there they were, resting in their original location close to a pavilion for visitors to convene in the park. 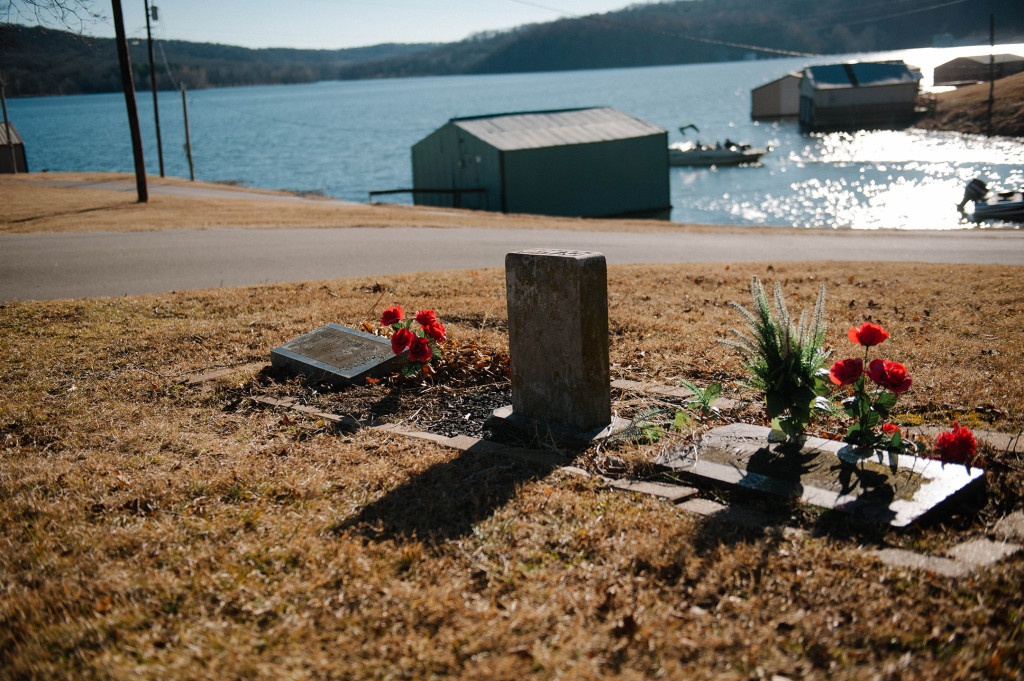 It was peaceful there. The sky was blue, the air cool, the water clear and still. A good place for a gravesite and a family picnic. 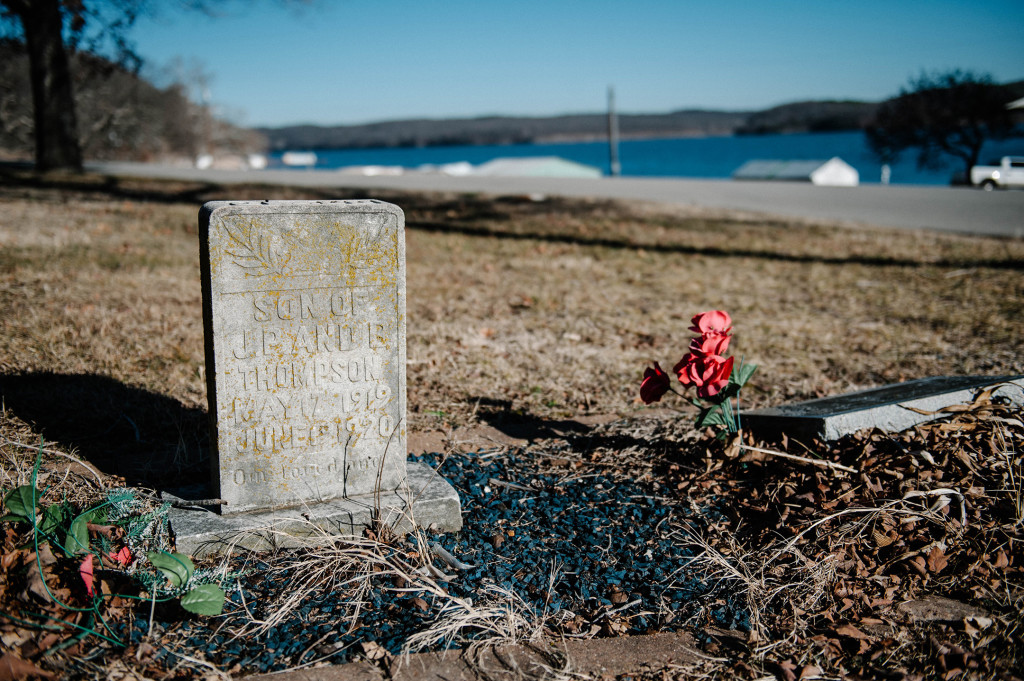 Casey frequently kayaks in the area, and his routes are more purposeful than a leaf bobbing on the current. The Hopkins home is more than just a porch on a hill. And the town of Spavinaw is more than just a couple of stories our team collected while there.

Spavinaw is a complex concentration of Oklahoma history populated by interesting people, high quality water, and beautiful land deeply entrenched by the lives of those who surround the area. And we’re grateful, once again, to spend a bit of time with those who are tethered to this place.

Field notes: Kelly liked Spavinaw so much she’s fantasy shopped for a small cabin in the area weekly since their trip.

April is helping her best friend move from one great distance in the U.S. to another right now.

Rachel has several photographs featured in the newest edition of Territory magazine that just dropped.

And, our team is heading out next week to Dewey county…a large piece of land with only 8 towns within the borders. 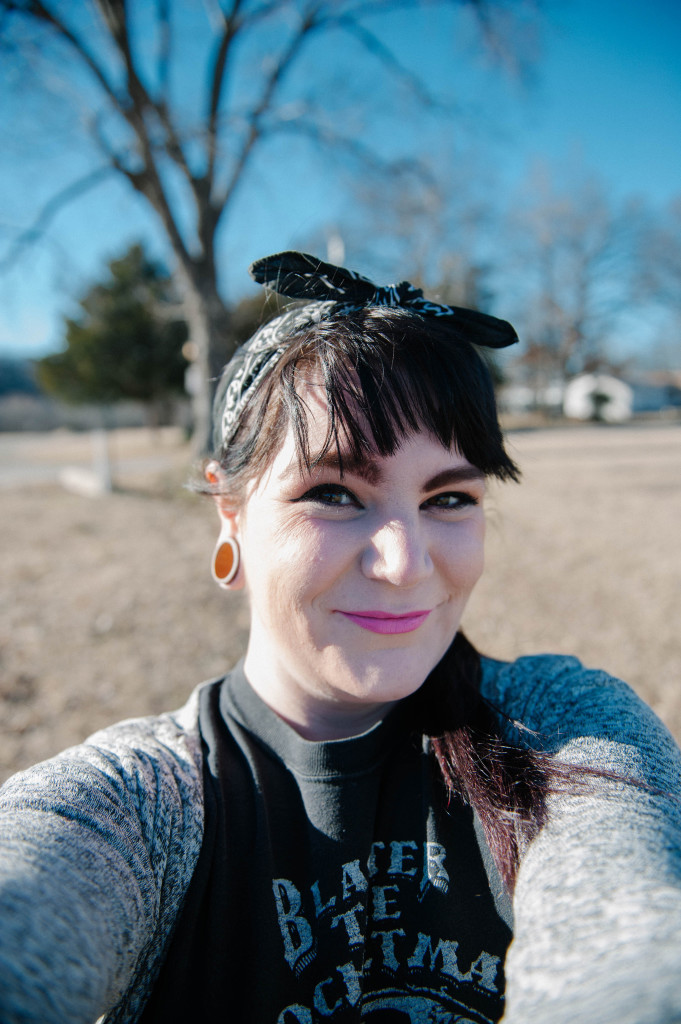 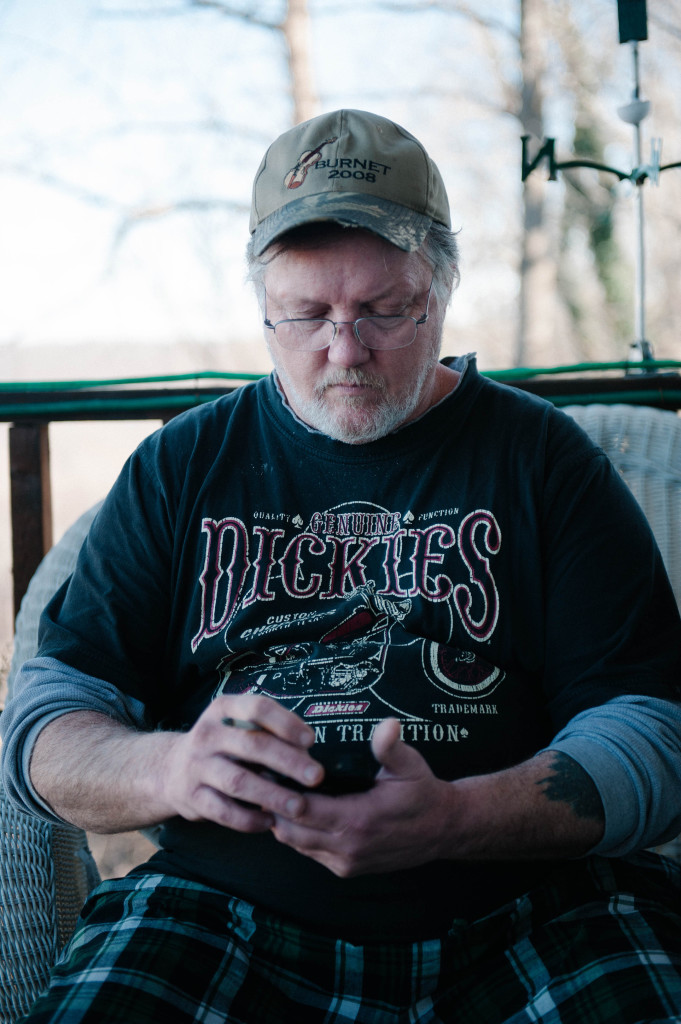 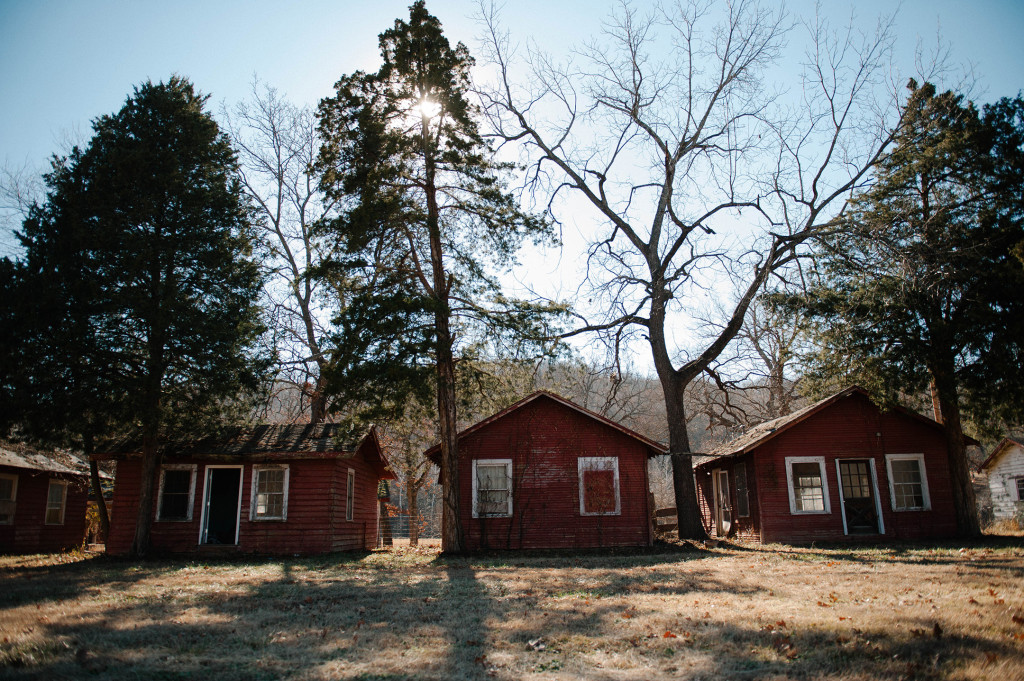 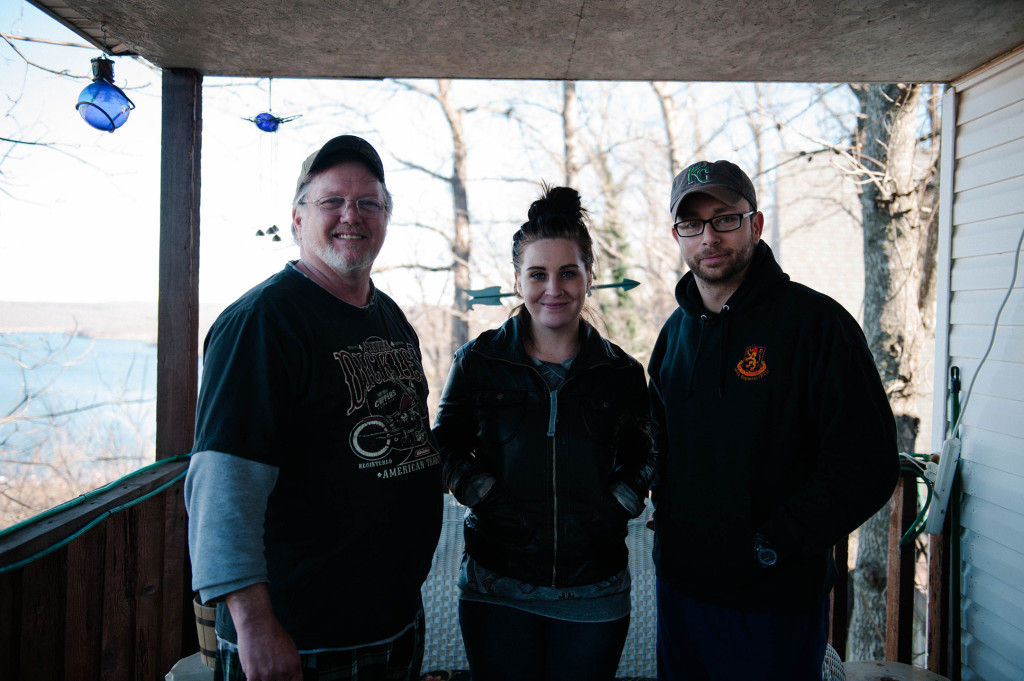 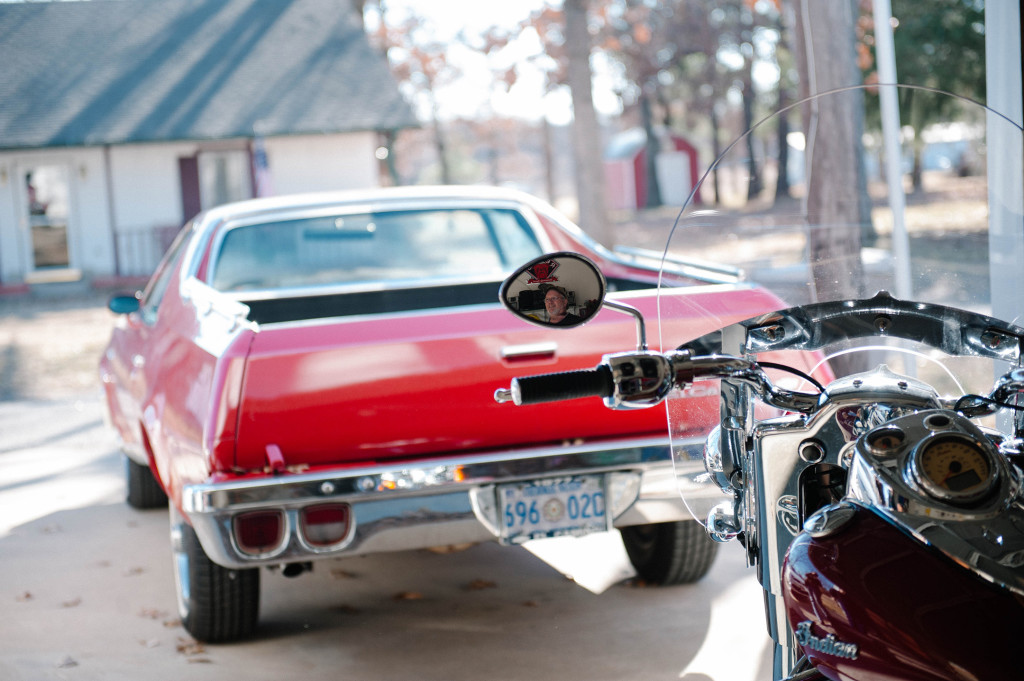 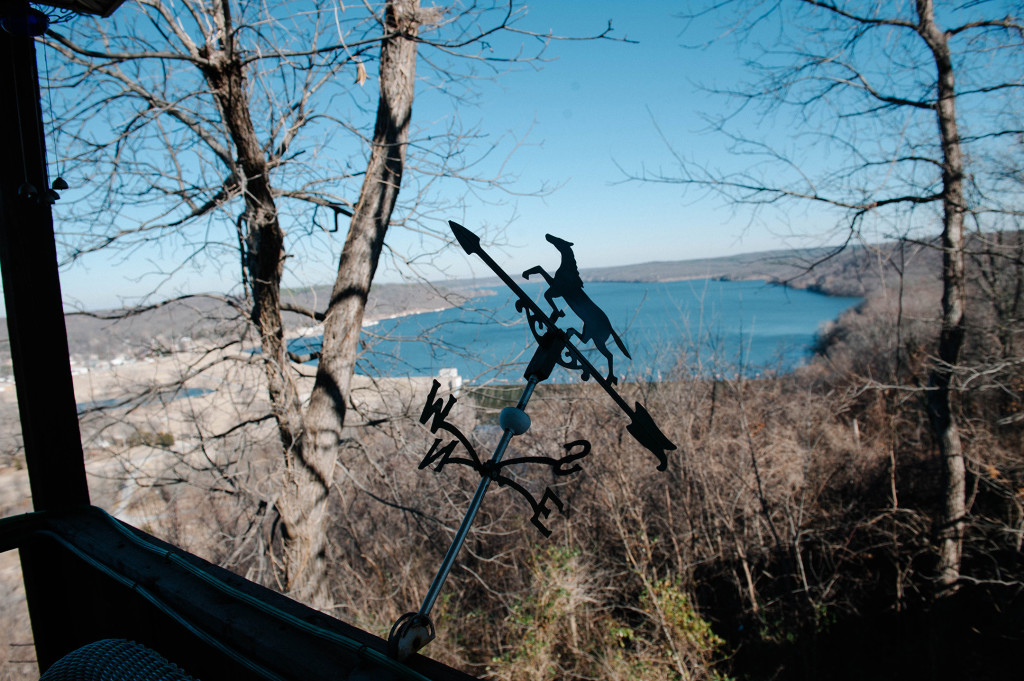