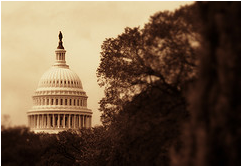 Let’s have a review, shall we?

What is traditional insider trading?

According to the very clear definition offered by Wikipedia, insider trading is “the trading of a corporation’s stock or other securities (e.g. bonds or stock options) by individuals with potential access to non-public information about the company.”

Then, what is so-called “Congressional insider trading?”

According to legal analyst Dace Martinez on a recent Fox News report,

“…while Congress [isn’t] a corporate insider, per se, they do have insider information that they’re obtaining in confidential briefings and private hearings, where they’re finding out for example…where the FDA is about to give regulatory authority for a new drug to go on the market…or that a defense contractor is about to receive a large appropriate to build some sort of weapon.  And when you have that kind of information, and you use it to buy and sell stocks, you can be highly successful as you might imagine.”

If you’ve been keeping up on your current events, then you know that “congressional insider trading” has been a problem.  So much so that several attempts to regulate it with bills to make this practice illegal have evolved since 2008 into the current bill called the STOCK Act.

Interestingly, however, this bill only had nine co-sponsors until 60 Minutes did a story on the practice revealing a history of patterns wherein congressional leaders heard about market opportunities, made stock purchases, then made short-term large profits from said actions.  After the story hit, NPR reported the bill had 61 co-sponsors…and counting.

I recently watched this particular re-cap on Fox News because the daughter of one of our authors is Dace Martinez, the legal analyst I mentioned earlier.  Actually, I watched it twice.

I watched a second time because I noticed that when asked the question as to whether, “…you think this is illegal?” Martinez paused, closed her eyes, and her mouth twitched in a very slight smile.  She then answered, “You know…I think there is sufficient ambiguity in the law that congress needs to clear it up.” 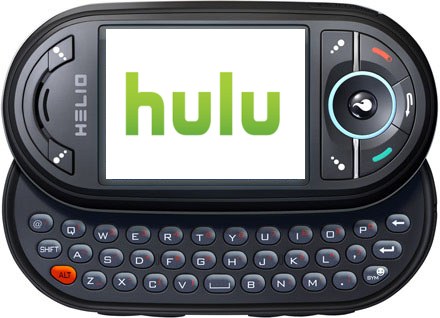 Last year Hulu was recognized by “taking bold steps to charge for internet content.”  I was personally bummed out a bit by this move because I monitor TV and movie content for illustrations to use in my classroom.  A lot.

The day finally had to happen.  I wanted to teach a concept that was so richly illustrated in a recent TV clip I had seen that I decided to subscribe to Hulu and just keep track of my subscription fees.  Was it worth $96 per year to have access to most of the clips I needed to make a point? Maybe.  I was definitely going to give it a try.

However, I didn’t need Hulu that much, and found myself only accessing its content about once every eight weeks or so.  Not enough, I decided, to warrant the continued $7.99 monthly transactions on my debit card.  So, I just signed in to cancel my subscription…and got a surprise.

Not only was the cancellation process quick, the “reasons why you are leaving” survey were derived from real life; not construed with corporate-speak to help them feel better about losing cash.

But the real kicker?  As soon as I hit the “cancel” button, a screen popped up and let me know that a prorated amount of $6.20 would be credited to my bank account for the portion of the month I had not used.

I have never experienced a prorated return on any internet-based subscription. Of Anything!

Do they have consumer behaviorists working for them?  I’m wondering because now, after seeing that nice gesture on their part, I’m re-thinking my decision.  Perhaps I could use the content a bit more.  Maybe they have content I could use instead of my standard Netflix online streaming habit. 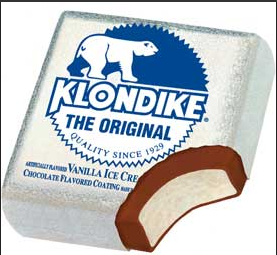 The question had been reverberating around in my head for the past few days, and tonight, it was put to the test. What would you do?

What would you do for a Klondike Bar? It’s a famous jingle, and you likely can recall some of the TV commercials of people doing outlandish things for these frozen delicacies.

What would you do if…?

What would you do for…?

A topic of frequent conversation at the non-profit management symposium I’ve participated in this week has been “the Federal Government and the infighting over the national debt ceiling.”

What if they can’t agree? What if the leadership prime directive, much like the medical practitioner’s Hypocratic Oath of “First, Do No Harm,” breaks down? What if this high stakes game of federal budget chicken results in a full-speed head-on collision like the one in Minnesota? Who gets hurt? What might the collateral damage be? How long might it last?

So many questions, so little true leadership. Pardon the digression diatribe.

A small group of us got down to brass tacks last night discussing what such an event would cause in the macro economy. Certainly, like in times past, the national government would shut down, but this would go much further than the temporary closing of Yellowstone Park and the like.

The U.S. Treasury would be out of money. They would default on bond payments. They would not be able to pay Social Security benefits. They would not be able to fund federally issued college student loans. Yikes! What if it happened this week, and they could not pay air traffic controllers and all commerce and travel were to stop? How would I get home? 1,500+ miles away from Edmond, America, how would I get back to the Little Frau and our Kinder? It made me recall those classic John Candy moments in the back of the polka band truck as “Kevin’s mom” hitchhiked back to her son in “Home Alone 1”.

Well, we finished our conversation, and I actually forgot all about the what if’s and headed to the airport this afternoon for the trip home to Edmond, America and the folks I love.